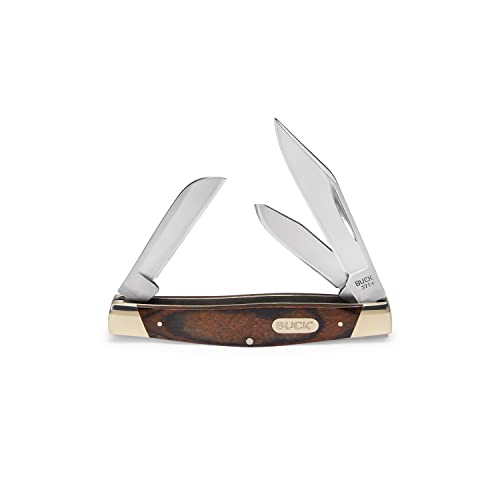 For those of you who are less than intimately familiar with the numerous different pocket knife designs on the market today, you may find it interesting to know that pocket knives are classified by both the shape of the handle and the number of blades it has as well as the shape of those blades.

Most recognized pocket knife shapes were specifically designed to meet the needs of the person carrying it; usually based upon their occupation. For instance, a rancher would likely carry a Stockman whereas a banker would likely carry a Peanut or a Pen shape and a doctor would of course carry a Doctor’s knife.

Thus, the shape, size, and number of blades a pocket knife has was greatly influenced by the use for which it was intended. For instance, the Stockman design always features a large Clip Point blade, a Sheep’s Foot blade, and a Spey blade. 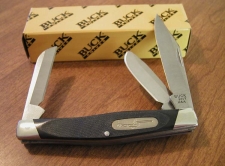 Also, the large size of this pocket knife provides the user with a very positive grip and the ability to apply the needed leverage to perform almost any cutting task. In fact, my only complaint with this knife is the use of 420 series steel. Although this is a very tough and corrosion resistant stainless steel and is actually a good choice for a working knife that is likely to see hard use, I would be happier with it if the blades were made from 440C or D2; although both of these steels are notably more expensive than the 420 series and tend to negate the intended purpose of a hard working every day carry pocket knife.

Therefore, in my opinion, the Buck Stockman is one of the most useful general purpose pocket knives on the market today. In fact, there are so many uses for this venerable, classic, pocket knife design that you will never catch me without my Stockman pocket knife in my pocket unless I am forced to enterer a place where even pocket knives are not allowed!

A brief history about Buck Knives

Buck Knives was started by a young Kansas blacksmith’s apprentice named Hoyt Buck who was looking for a better way to temper steel so it would hold an edge longer and his unique approach produced the first Buck Knife in 1902. To begin with, Hoyt made each knife by hand; using worn-out file blades as raw material and his handy work was greatly appreciated during World War II. After the war, Hoyt and his son Al moved to San Diego and set up shop as H.H. Buck & Son in 1947.

Then, in 1964, Al Buck revolutionized the knife industry by introducing the Model 110 Folding Hunter and his folding “lockblade” knife made Buck a leader in the cutlery industry. Although Hoyt and Al Buck’s ingenuity may have put the company on the map, it is their ongoing commitment to developing innovative new products and improving what they already have by third and fourth generation Buck family members that have made Buck the successful knife maker it is today. Thus, in addition to the model 110 folding hunter, the Buck 301 Stockman pocket knife is another iconic folding knife design and is quite possibly Buck’s most popular model.

Well, that about raps it up. What do you all think about the Stockman 301?